What is magnetic particle inspection (MPI)?

Magnetic Particle Inspection (MPI) is one of the most widely used non-destructive inspection methods for locating surface or near-surface defects or flaws in ferromagnetic materials.

MPI is basically a combination of two NDT methods: Visual inspection and magnetic flux leakage testing.Developed in the USA, the magnetic particle inspection is extensively used to detect defects in casting, forging, and welding industry. 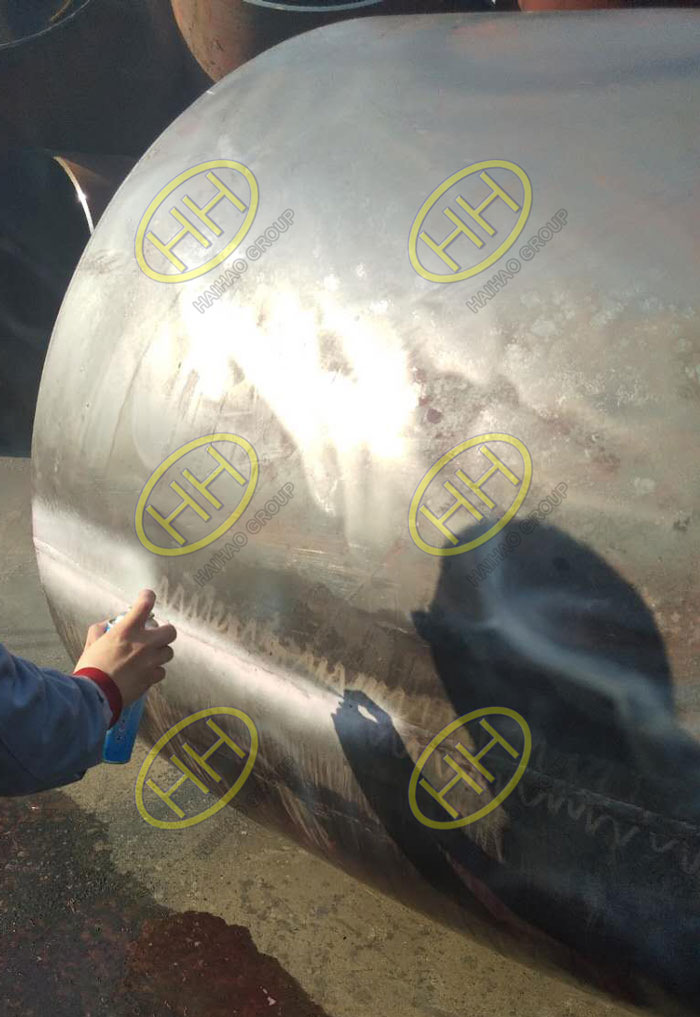 MPI uses magnetic fields and magnetic particles for detecting defects in ferromagnetic components. The basic principle of this inspection method is that the component specimen is magnetized to generate magnetic flux in the material which travels from north pole to south pole (magnetic flux exits at the north pole and enters at the south pole). Now if there is any discontinuity or flaws in the component, secondary magnetic poles are produced in the cracked faces. In this location, the magnetic field spreads out due to the air gap in the defect causing a magnetic flux leakage field. Such regions can be detected easily by using magnetic particles (iron powder), or a liquid suspension on the surface. Due to the magnetic effect, such particles are attracted to the flux leakage and make a cluster around the flaw making it visible.

If you need any piping products with MPI demand,contact Haihao Group freely for more information.Email:sales@haihaogroup.com